Between Therapist and Client: The New Relationship (Paperback) 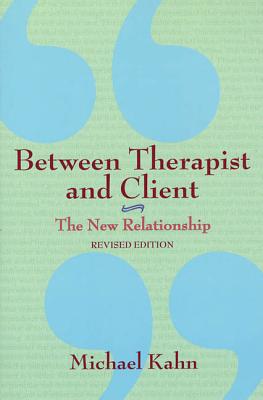 Between Therapist and Client: The New Relationship (Paperback)

Perhaps the most important aspect of the therapeutic process is the relationship between therapist and client. For years, two major schools of thought have strongly disagreed about what the nature of that relationship should be. The humanists emphasized warmth and empathy. The psychoanalysts kept a neutral, cool distance. Recently, however, the beginnings of a reconciliation between these traditions have opened new possibilities for the way therapists relate to clients.

In Between Therapist and Client, Michael Kahn shows why this new consensus is promising. Beginning with Freud's discovery of transference, Kahn traces the history of the clinical relationship from Carl Rogers' introduction of humanistic concerns through Merton Gill's theory and technique of transference analysis, to the pioneering work of Heinz Kohut, who has most successfully brought together psychoanalytic and humanistic thought. Using vivid examples from his own practice, Kahn shows how a coherent synthesis of these various approaches leads to the most successful clinical relationships.

Completely updated with greater discussion of ethics and countertransference, the new edition of Between Therapist and Client is essential reading for those in psychotherapy both therapist and client.

Michael Kahn received his Ph.D. in clinical psychology from Harvard University. A professor emeritus at the University of California, Santa Cruz, he presently maintains a private practice and also trains psychotherapists as the director of a counseling center at the California Institute of Integral Studies in San Francisco. He is the author of The Tao of Conservation.