Zohar: The Book of Splendor: Basic Readings from the Kabbalah (Paperback) 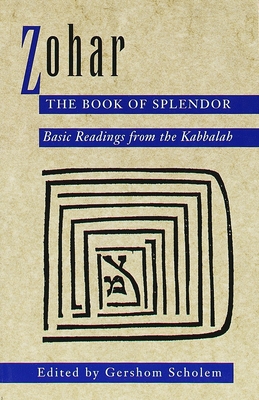 Zohar: The Book of Splendor: Basic Readings from the Kabbalah (Paperback)


Special Order—Subject to Availability
One of the great masterpieces of Western religious thought—culled by the greatest authority on Jewish mysticism.

The Zohar represents an attempt to uncover hidden meanings behind the world of appearances. It is the central work in the literature of the Kabbalah, the Jewish mystical tradition.

This volume of selected passages from the Zohar offers a sampling of its unique vision of the esoteric wonders of creation; the life and destiny of the soul; the confluence of physical and divine love; suffering and death; exile and redemption.
GERSHOM SCHOLEM was a professor of Jewish mysticism at the Hebrew University in Jerusalem until his death in 1982. Among his most important works are Major Trends in Jewish Mysticism, The Messianic Idea in Judaism, and On the Kabbalah and Its Symbolism.