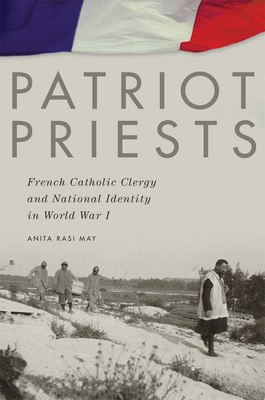 By Anita Rasi May


Not On Our Shelves—Ships in 1-5 Days
After serving two and a half years as a stretcher-bearer on the Western Front, Jesuit priest Pierre Teilhard de Chardin wrote that he would "a thousand times rather be throwing grenades or handling a machine gun than be supernumerary as I am now." Mobilized by military laws dating to 1889 and 1905 that opened the clergy's ranks to conscription and removed their exemption from combat, Teilhard and his fellow men of the cloth served France in the tens of thousands--and nearly half of them served in combat positions. Patriot Priests tells us how these men came to be at war and how their experiences transformed them and French society at large. The letters and diaries of these priests reveal how they adapted to the battlefields of World War I. Influenced by patriotic ideals of bravery, they went into the war hoping to make converts for the Catholic Church, which had long been marginalized by the Third Republic's secularizing policies. But through direct fraternal contact with their fellow soldiers, they came out with a sense of common identity and comradeship. Historian Anita Rasi May documents how these clergymen used their religious values of sacrifice to define the meaning of the war for themselves and for their comrades, even as the discipline of military life effectively transformed them from missionaries into soldiers. In turn, their courage and solicitous care for their fellow soldiers won them new respect and earned the Church renewed esteem in postwar French society. These clergymen's story, recounted here for the first time, elucidates a unique milestone of church-state relations in France. Their experiences--their hopes and fears, their struggles to reconcile their mission of peace with the demands of war, and their sense of belonging to France as well as to the Church--reveal a new perspective on the Great War.