The Best Courts Money Could Buy: Reform of the Oklahoma Judiciary, 1956-1967 (Paperback) 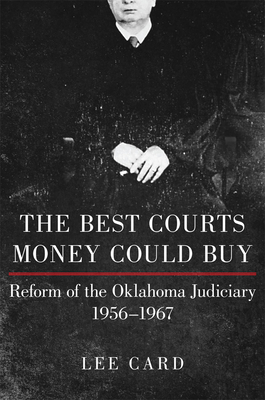 The Best Courts Money Could Buy: Reform of the Oklahoma Judiciary, 1956-1967 (Paperback)


Not On Our Shelves—Ships in 1-5 Days
Between 1956 and 1967, justice was for sale in Oklahoma's highest court and Supreme Court decisions went to the highest bidder. One lawyer, O. A. Cargill, grew rich peddling influence with the justices; a shady company, Selected Investments, protected its illegal practices with bribes; and Supreme Court justice N. S. Corn, one of two justices who would ultimately serve time in prison, cheated his partners in crime and stashed vast amounts of ill-gotten cash in a locker at his golf course. Author Lee Card, himself a former judge, describes a system infected with favoritism and partisanship in which party loyalty trumped fairness and a shaky payment structure built on commissions invited exploitation. From petty corruption at the lowest level of the trial bench to large-scale bribery among Supreme Court justices, Card follows the developing scandal, introducing the bit players and worst offenders, the federal prosecutors who exposed the scheme, and the politicians who persuaded skeptical Oklahoma voters to adopt constitutional reforms. On one level, The Best Courts Money Could Buy is a compelling story of true crime and punishment set in the capitol of an agricultural, oil-producing, conservative state. But on a deeper level, the book is a cautionary tale of political corruption--and the politics of restoring integrity, accountability, and honor to a broken system.