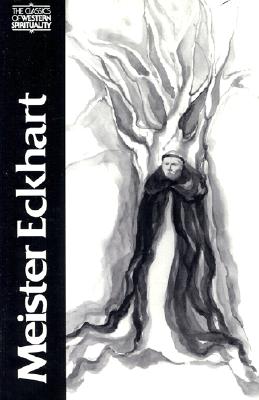 
Not On Our Shelves—Ships in 1-5 Days
The very imposing and very welcome Classics of Western Spirituality(TM) series...should be in every theological collection of any depth. Ardin Newsletter Meister Eckhart: The Essential Sermons, Commentaries, Treatises and Defense translated and introduced by Edmund Colledge, O.S.A. and Bernard McGinn; preface by Huston Smith ...it is necessary that all things be bathed in the blood of Christ and led back into the Father through the Son's meditation, just as the Father does all things through the Son; and so the flowing back will correspond to the flowing out. Meister Eckhart (c.1260-1327) The thought of Meister Eckhart (c. 1260-1327), Dominican philosopher and spiritual master, is among the most daring and difficult in the history of Western mysticism. Thoroughly grounded in the Scholastic method of his day and steadfastly loyal to the Church, Eckhart's love of speculation, paradox, and the apophatic way, nevertheless, resulted in the controversial condemnation of certain of his teachings by papal bull in 1329. His doctrines of detachment, the return of the soul to God, and the birth of the Son in the soul have continued to perplex his critics and nourish his disciples through the ages. This volume, based on the critical Deutsche Forschungsgemeinschaft edition of Eckhart's works, represents the first time that his technical Latin writings and more popular German sermons and treatises have appeared together in English. +