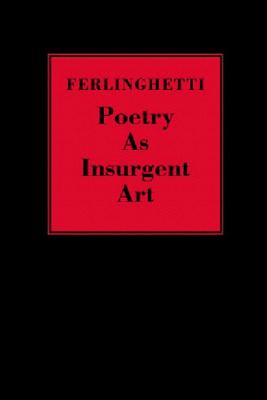 A manifesto, essay, and discourse on the value of poetic thought in the modern age.

In 1953 Lawrence Ferlinghetti founded the first paperback bookstore in the United States. In over five decades City Lights, the bookstore and publisher, has become a Mecca for millions. Ferlinghetti’s A Coney Island of the Mind (ND, 1958) is a number one best-selling volume of poetry by any living American poet.

In 1953 Lawrence Ferlinghetti cofounded City Lights, the first paperback bookstore in the United States, a Mecca for millions. His Coney Island of the Mind is one of the best-selling volumes of poetry by any living American poet. Born in Yonkers, New York, in 1919, Ferlinghetti has received the Robert Frost Memorial Medal and the first Literarian Award of the National Book Foundation.