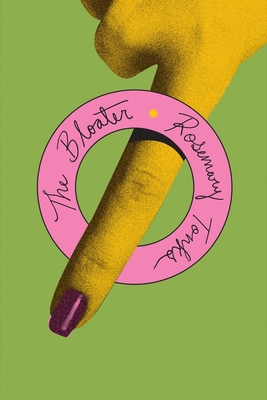 A rediscovered literary classic, The Bloater is a rollicking hothouse novel where love and repulsion are two paths to the same abyss

Why do the only men I know carry wet umbrellas and say “Umm?” I’m being starved alive. Quick: the first bookshop for a copy of the Kama-Sutra.


Min works at the BBC as a sound engineer, and in theory she’s married, but her husband George is so invisible that she accidentally turns the lights off even when he’s still in the room. Luckily, she has her friends and lovers to distract her: in Min’s self-lacerating, bracingly opinionated voice, life boils down to sex appeal—and of late she’s being courted by an internationally renowned opera singer whom she refers to as The Bloater (a swelled, salted herring). Disgusted by and attracted to him in equal measure, her dilemma—which reaches a hysterical, hilarious pitch—is whether to sleep with him or not.

Rosemary Tonks—the salt and pepper of the earth—is a writer who gets her claws into the reader with all the joy of a cat and a mouse. Vain and materialistic, tender and savage, narrated in brilliant, sparkling prose, The Bloater is the perfect snapshot of London in the 1960s.

Rosemary Tonks (1928-2014) published two poetry collections and six novels, and wrote for The Observer, The Times, The New York Review of Books, The New Statesman, and Encounter, and presented poetry programs for the BBC.
Uncommonly good.
— The Guardian

Writing like this?—?a bit of Rhys, a bit of Knut Hamsun, a bit of Wyndham Lewis, a bit of Muriel Spark, overlaying the everlasting Shakespeare/Austen/?Brontë/George Eliot marriage drama?—?is far too beautiful and accomplished to be kept off the shelf. It catches like nothing else the smogs, the rodentine genes, the murky post-War grays, the lurking sexual violence of London, between Hangover Square and Carnaby Street.
— Michael Hofmann - Poetry

The Bloater delights us by its wit, relish, and new-minted metaphors.