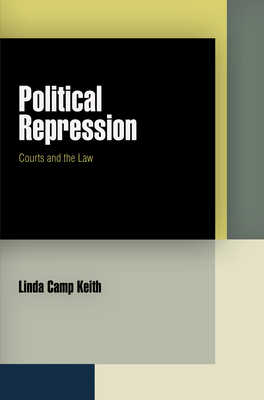 The world seems to have reached agreement on a set of ideals regarding state human rights behavior and the appropriate institutions to promote and protect those ideals. The global script for state legitimacy calls for a written constitution or the equivalent with an embedded bill of rights, democratic processes and institutions, and increasingly, a judicial check on state power to protect human rights. While the progress toward universal formal adherence to this global model is remarkable, Linda Camp Keith argues that the substantive meaning of this progress is much less clear. In Political Repression, she seeks to answer two key questions: Why do states make formal commitments to democratic processes and human rights? What effect do these commitments have on actual state behavior, especially political repression?

The book begins with a thorough exploration of a variety of tools of state repression and presents evidence for substantial formal acceptance of international human rights norms in constitutional documents as well as judicial independence. Keith finds that these institutions reflect the diffusion of global norms and standards, the role of transnational networks of nongovernmental organizations, and an electoral logic in which regimes seek to protect their future interests. Economic liberalism, on the other hand, decreases the likelihood that states adopt or maintain these provisions. She demonstrates that the level of judicial independence is influenced by constitutional structures and that levels of judicial independence subsequently achieved in turn diminish the probability of state repression of a variety of rights. She also finds strong evidence that rights provisions may indeed serve as a constraint on state repression, even when controlling for many other factors.
Linda Camp Keith is Associate Professor of Political Science at the University of Texas at Dallas.