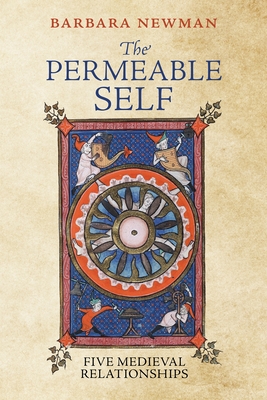 How, Barbara Newman asks, did the myth of the separable heart take such a firm hold in the Middle Ages, from lovers exchanging hearts with one another to mystics exchanging hearts with Jesus? What special traits gave both saints and demoniacs their ability to read minds? Why were mothers who died in childbirth buried in unconsecrated ground? Each of these phenomena, as diverse as they are, offers evidence for a distinctive medieval idea of the person in sharp contrast to that of the modern "subject" of "individual."

Starting from the premise that the medieval self was more permeable than its modern counterpart, Newman explores the ways in which the self's porous boundaries admitted openness to penetration by divine and demonic spirits and even by other human beings. She takes up the idea of "coinherence," a state familiarly expressed in the amorous and devotional formula "I in you and you in me," to consider the theory and practice of exchanging the self with others in five relational contexts of increasing intimacy. Moving from the outside in, her chapters deal with charismatic teachers and their students, mind-reading saints and their penitents, lovers trading hearts, pregnant mothers who metaphorically and literally carry their children within, and women and men in the throes of demonic obsession. In a provocative conclusion, she sketches some of the far-reaching consequences of this type of personhood by drawing on comparative work in cultural history, literary criticism, anthropology, psychology, and ethics. The Permeable Self offers medievalists new insight into the appeal and dangers of the erotics of pedagogy; the remarkable influence of courtly romance conventions on hagiography and mysticism; and the unexpected ways that pregnancy--often devalued in mothers--could be positively ascribed to men, virgins, and God. The half-forgotten but vital idea of coinherence is of relevance far beyond medieval studies, however, as Newman shows how it reverberates in such puzzling phenomena as telepathy, the experience of heart transplant recipients who develop relationships with their deceased donors, the phenomenon of psychoanalytic transference, even the continuities between ideas of demonic possession and contemporary understandings of obsessive-compulsive disorder. In The Permeable Self Barbara Newman once again confirms her status as one of our most brilliant and thought-provoking interpreters of the Middle Ages.
Barbara Newman is John Evans Professor of Latin and Professor of English, Classics, and History at Northwestern University. Among her many books are From Virile Woman to WomanChrist: Studies in Medieval Religion and Literature, God and the Goddesses: Vision, Poetry, and Belief in the Middle Ages, and Making Love in the Twelfth Century: "Letters of Two Lovers" in Context, all available from the University of Pennsylvania Press.