An Adult Christ at Christmas: Essays on the Three Biblical Christmas Stories - Matthew 2 and Luke 2 (Paperback) 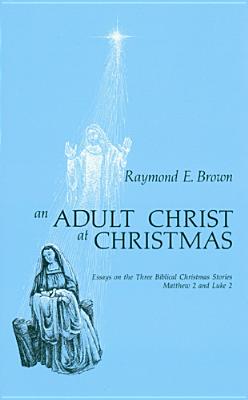 An Adult Christ at Christmas: Essays on the Three Biblical Christmas Stories - Matthew 2 and Luke 2 (Paperback)

In this digest of his longer work, The Birth of the Messiah, Father Brown puts the adult Christ back into Christmas, treating the infancy narratives of Matthew and Luke as the entire Gospel story in miniature.

Fr. Raymond E. Brown, D.D., (1928-1998) was the Auburn Distinguished Professor of Biblical Studies at Union Theological Seminary in New York City. Author of some twenty-five books on the Bible and past president of three of the most important biblical societies in the world, by appointment of two popes (Paul VI in 1972, John Paul II in 1996) he was a member of the Roman Pontifical Biblical Commission. Time magazine has called him "probably the premier Catholic Scripture scholar in the U.S."