Localizing Islam in Europe: Turkish Islamic Communities in Germany and the Netherlands (Religion and Politics) (Hardcover) 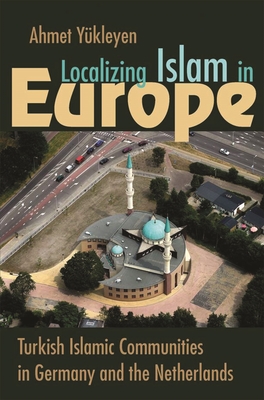 Localizing Islam in Europe: Turkish Islamic Communities in Germany and the Netherlands (Religion and Politics) (Hardcover)

In the twentieth century, Muslim minorities emerged in Europe seeking work, a refuge from conflict, and higher life standards. As a result, there are now more than 12 million Muslims in Western Europe. As these immigrants became permanent residents, the Islamic communities they developed had to respond to their European context, reinterpreting Islam in accordance with local conditions. In Localizing Islam in Europe, Y kleyen brings this adaptation to light, demonstrating how Islam and Europe have shaped one another and challenging the idea that Islamic beliefs are inherently antithetical to European secular, democratic, and pluralist values.

Y kleyen compares five different religious communities among Muslim immigrants in the Netherlands and Germany that represent a spectrum from moderate to revolutionary Islamic opinions. Drawing on extensive fieldwork, he finds that, despite differences in goals and beliefs, these communities play an intermediary role, negotiating between the social and religious needs of Muslims and the socioeconomic, legal, and political context of Europe. Y kleyen's rich ethnography shows that there is no single form of assimilated and privatized European Islam but rather Islamic communities and their interpretations and practices that localize Islam in Europe.