Killing Contention: Demobilization in Morocco During the Arab Spring (Modern Intellectual and Political History of the Middle East) (Paperback) 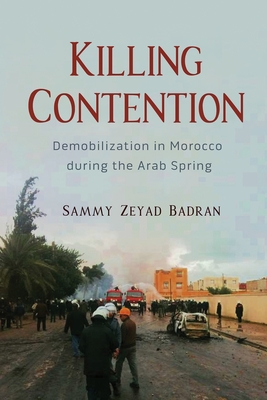 Killing Contention: Demobilization in Morocco During the Arab Spring (Modern Intellectual and Political History of the Middle East) (Paperback)

Like other countries in the Middle East and North Africa, Moroccans were inspired by the events in Tunisia and Egypt in 2011. Nine days after the ousting of President Hosni Mubarak in Egypt, thousands of Moroccans began protesting in the capital of Rabat on February 20. However, unlike other countries, Moroccans did not call for the overthrow of the king or the regime. Instead, Moroccan protesters initially demanded reforms to the constitution, and, specifically, a transition from an executive monarchy to a democratic parliamentary monarchy.

Drawing upon narratives from the primary activists involved in protests, Badran examines the Moroccan movement to understand why it failed to escalate in the same way that others in the region did. He finds that the state's strategy of offering a series of reforms along with limited repression eventually ended the protest movement. Badran develops a framework to analyze how internal social movement dynamics along with regime strategies and regional events led to successful, and relatively peaceful, demobilization. Based on nine months of fieldwork, Killing Contention deepens our understanding of modern political movements and the complicated factors that lead to their demise.
Sammy Zeyad Badran is assistant professor of international studies at American University of Sharjah in the United Arab Emirates.