The Gorgon's Head: A Study in Tragedy and Despair (Paperback) 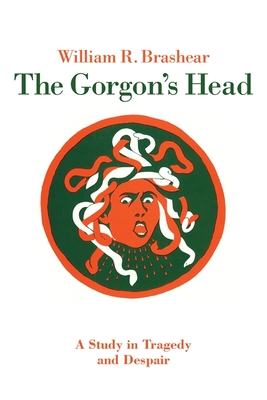 The Gorgon's Head: A Study in Tragedy and Despair (Paperback)

William R. Brashear deals with tragedy, not as a dramatic literary genre, but as a basic way of experiencing the universe and of reacting to it. The writer of tragedy forces readers to confront much more than a tragic flaw in a single character; he forces them to confront the gorgon's head itself, the ultimate chaos of the universe.

For him, Aristotle's intellectualization of tragedy distorted it for centuries because the tragic sense of life is experiential and intuitive rather than logical and syllogistic. In the later works of Schopenhauer, Nietzsche, and Spangler, Brashear finds the beginnings of the understanding of tragedy that developed in nineteenth- and twentieth-century literature. In careful considerations of such writers as Shakespeare, Tennyson, Conrad, Housman, Shaw, O'Neill, and Arthur Miller, Brashear refines his views of tragedy and tests their validity. The chapter on Tennyson supersedes and goes well beyond The Living Will, his earlier study of the poet. Brashear's discussions of individual writers reinforce each other and point to several important conclusions about the tragic vision and tragic art. Most significant among his conclusions is that tragedy is often taken to be more benign and positive than it really is and that if the tragic experience is essentially healthy and rewarding, it is so because it involves a confrontation that broadens, strengthens, and stabilizes and not because it suggests any ultimate solution to the human condition.
WILLIAM R. BRASHEAR, having received his J.D. from the University of Michigan and Ph.D. in English Literature from Princeton University, both in the 1950s, has for most of his life followed concurrently the two roads toward which these disciplines lead. He has been a member of the State Bar of Michigan for more than fifty years, all of which he has spent as Senior Partner or Of Counsel with the same Detroit area firm. During the same period he has published many essays on literature and philosophy, and a half dozen books, including The Gorgon's Head and The Desolation of Reality.