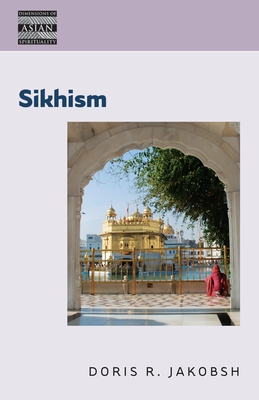 This volume offers a comprehensive overview of Sikhism, which originated in India's Punjab region five hundred years ago. As the numbers of Sikhs settling outside of India continues to grow, it is necessary to examine this religion both in its Indian context and as an increasingly global tradition. While acknowledging the centrality of history and text in understanding the main tenets of Sikhism, Doris Jakobsh highlights the religion's origins and development as a living spiritual tradition in communities around the world. She pays careful attention to particular events, movements, and individuals that have contributed to important changes within the tradition and challenges stereotypical notions of Sikh homogeneity and stasis, addressing the plurality of identities within the Sikh tradition, both historically and within the contemporary milieu.

Extensive attention is paid to the role of women as well as the dominant social and kinship structures undergirding Punjabi Sikh society, many of which have been widely transplanted through Sikh migration. The migration patterns are themselves examined, with particular focus on Sikh communities in the U.S., Canada, and the U.K. Finally, the volume concludes with a brief exploration of Sikhs and the Internet and the future of Sikhism.
Doris R. Jakobsh, who holds degrees from the University of Waterloo, Harvard University, and the University of British Columbia, is an associate professor in the Department of Religious Studies at the University of Waterloo in Canada. She has published numerous articles and is the author of Relocating Gender in Sikh History: Transformation, Meaning and Identity, Delhi (2003), and the editor of Women in Sikhism: History, Texts and Experience (2010). Current projects include editing a two-volume world religions textbook with a particular focus on religion in Canada to be published in 2012 as well as a book on Sikhs and the WWW. Professor Jakobsh is a Steering Committee Member of the Sikh Consultation of the American Academy of Religion. She also serves on a number of local and international editorial boards and advisory committees associated with the study of religion and Sikh studies.