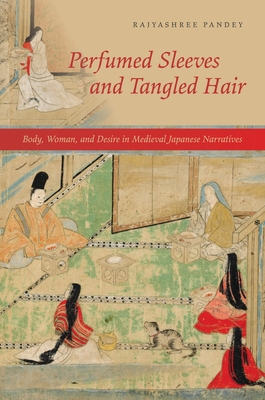 Perfumed Sleeves and Tangled Hair explores the possibilities and limits of terms such as body, woman, gender, and agency--categories that emerged within the context of western philosophical, religious, and feminist debates--to analyze texts that come out of altogether different temporal and cultural contexts. Through close textual readings of a wide range of classical and medieval narratives, from well-known works such as the Tale of Genji to popular Buddhist tales, Rajyashree Pandey offers new ways of understanding such terms within the context of medieval Buddhist knowledge.

Pandey suggests that woman in medieval Japanese narratives does not constitute a self-evident and distinct category, and that there is little in these works to indicate that the sexed body was the single most important and overarching site of difference between men and women. She argues that the body in classical and medieval texts is not understood as something constituted through flesh, blood, and bones, or as divorced from the mind, and that in the Tale of Genji it becomes intelligible not as an anatomical entity but rather as something apprehended through robes and hair. Pandey provocatively claims that woman is a fluid and malleable category, one that often functions as a topos or figural site for staging debates not about real life women, but rather about delusion, attachment, and enlightenment, issues of the utmost importance to the Buddhist medieval world. Pandey's book challenges many of the assumptions that have become commonplace in academic writings on women and Buddhism in medieval Japan. She questions the validity of speaking of Buddhism's misogyny, women's oppression, passivity, or proto-feminism, and points to the anachronistic readings that result when fundamentally modern questions and concerns are transposed unreflexively onto medieval Japanese texts. Taking a broad, interdisciplinary approach, and engaging widely with literature, religious studies, and feminism, while paying close attention to medieval texts and genres, Pandey boldly throws down the gauntlet, challenging some of the sacred cows of contemporary scholarship on medieval Japanese women and Buddhism.