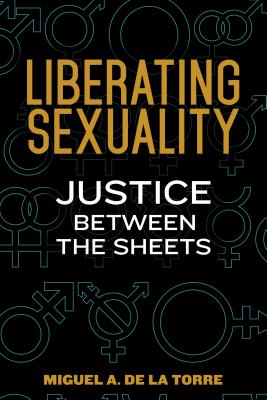 By Miguel A. de la Torre

For two thousand years, Christianity has been wrong about sex. To this day Christians grapple with defining gender, sexism, heterosexism, and what constitutes healthy sex. Miguel A. De La Torre--noted ethicist and scholar on the intersection of religion with race, class, gender, and sexuality--shines new light on these intimate issues in Liberating Sexuality, a provocative compilation of his writings that apply justice to the most private parts of our lives.

Miguel A. De La Torre is an ordained Southern Baptist minister and professor of Social Ethics and Latino/Latina Studies at Iliff School of Theology. He has been the president of the Society of Christian Ethics and as the Executive Officer for the Society of Race, Ethnicity and Religion. Dr. De La Torre is the author of more than fourteen books, including Out of the Shadows into the Light: Christianity and Homosexuality.