Revisiting Paul's Doctrine of Justification: A Challenge of the New Perspective (Paperback) 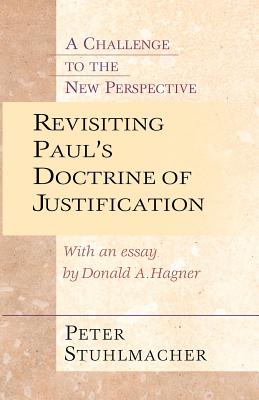 Revisiting Paul's Doctrine of Justification: A Challenge of the New Perspective (Paperback)


Not On Our Shelves—Ships in 1-5 Days
(This book cannot be returned.)
Since 1963, substantial objections have been raised against the traditional view of the Pauline doctrine of justification, mainly by New Testament scholars such as Krister Stendahl, E. P. Sanders and James D. G. Dunn. This book evaluates the "New Perspective on Paul" and finds it wanting. With appreciation for the important critique already offered by Donald Hagner, which is included in this volume, Peter Stuhlmacher mounts a forthright and well-supported challenge based on established and more recent scholarship concerning Paul's understanding of justification. In particular he argues that the forensic and mystical elements of Paul's doctrine of justification should not be played off against one another. Rather Paul's understanding can be faithfully rendered only within the context of his apostolic mission to Jews and Gentiles and the expectation of the coming kingdom of God.