Did the Resurrection Happen?: A Conversation with Gary Habermas and Antony Flew (Veritas Books) (Paperback) 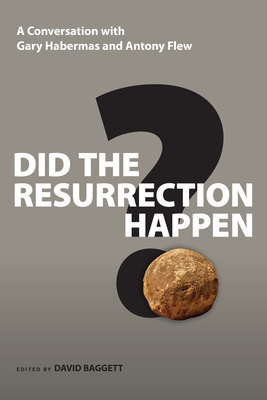 Did the Resurrection Happen?: A Conversation with Gary Habermas and Antony Flew (Veritas Books) (Paperback)

In 2004 philosopher Antony Flew, one of the world's most prominent atheists, publicly acknowledged that he had become persuaded of the existence of God. Not long before that, in 2003, Flew and Christian philosopher Gary Habermas debated at a Veritas Forum at California Polytechnic State University, San Luis Obispo. Habermas, perhaps the world's leading expert on the historicity of the resurrection of Jesus, made the case for rational belief on the basis of the reliability of the evidence. Flew argued for alternative understandings of the evidence presented. For two-and-a-half decades Flew and Habermas have been in friendly dialogue about the plausibility of the resurrection and the existence of God. This book presents the full content of their third and final debate, as well as transcripts of the Q A session with the audience afterward. Also included are a 2004 conversation between Habermas and Flew shortly after Flew's much-publicized change of position, as well as editor David Baggett's assessment and analysis of the full history of Habermas and Flew's interactions. Here is your opportunity to listen in on a conversation with two of the greatest thinkers of our era about one of the most pivotal events in human history. Follow the evidence wherever it leads. And decide for yourself whether it's believable that a man could rise from the dead.