The Future of Open Theism: From Antecedents to Opportunities (Paperback) 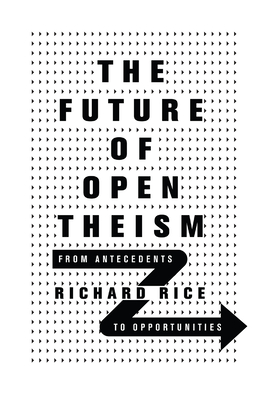 The Future of Open Theism: From Antecedents to Opportunities (Paperback)

Open theism has reached its adolescence. How did it get here? And where does it go from here? Since IVP's publication of The Openness of God in 1994, evangelical theology has grappled with the alternative vision of the doctrine of God that open theism offers. Responding to critics who claim that it proposes a truncated version of God that fails to account for Scripture and denies many of the traditional attributes of God, open theism's proponents contend that its view of God is not only biblically warranted but also more accurate--with a portrayal of God that emphasizes divine love for humanity and responsiveness to human free will. No matter what one's assessment, open theism inarguably has made a significant impact on recent theological discourse. Now, twenty-five years later, Richard Rice recounts in this volume the history of open theism from its antecedents and early developments to its more recent and varied expressions. He then considers different directions that open theism might continue to develop in relation to several primary doctrines of the Christian faith.