The Challenge of Bernadette (Paperback) 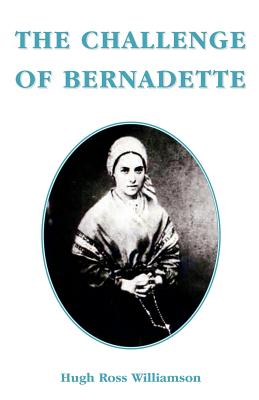 The Challenge of Bernadette (Paperback)


Not On Our Shelves—Ships in 1-5 Days
(This book cannot be returned.)
In 1858 Our Lady appeared to Bernadette, a girl of fourteen, the eldest of the four children of Louise and Francois Soubirous, a miller who had fallen on hard times. The first apparition was on Thursday February 11th, the last on Friday July 16th. Bernadette saw the Blessed Virgin in a grotto at Massabielle, near Lourdes, a little Frnech township at the foot of the Pyrenees that is now one of the most important centres of pilgrimage in the Christian world. On the Feast of the Immaculate Conception in the Holy Year of 1933 Bernadette was herself canonized. In this highly readable book, Hugh Ross Williamson helps us to explore St Bernadette's life and, becoming familiar with the time and place in which she lived, understand her Challenge - to those amongst whom she lived and to us today.