Hour of the Dawn: The Life of the Bab (Paperback) 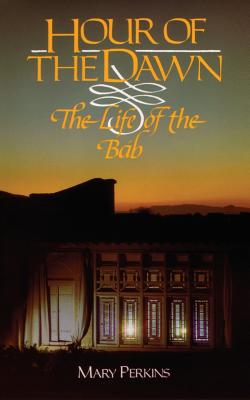 Hour of the Dawn: The Life of the Bab (Paperback)

Here is a clear, straightforward and easily readable account of the life of the BAb. A companion to Day of Glory, about the life of BahA'u'llAh, and Servant of the Glory, about the life of 'Abdu'l-BahA. It begins with the story of the BAb's childhood in ShIrAz, His youth and marriage, and His Declaration on that fateful night to MullA Husayn, the first to believe in Him. 'This night, ' said the BAb, 'this very hour will, in the days to come, be celebrated as one of the greatest and most significant of all festivals.'
Once the BAb's disciples set out to spread the news, many people in high places in Persia, and particularly the mullAs, arose in opposition to Him. The BAb was banished from ShIrAz. The Grand Vizier, jealous of the BAb's spiritual powers, imprisoned Him in a castle to the far north. But he was unable to stop the people flocking to Him.
Here are the stories of the Letters of the Living; the Conference of Badasht; the siege of Shaykh TabarsI, NayrIz and ZanjAn; the trial of the BAb; and finally that day in TabrIz when the sun was blotted out by the dust as 750 rifles fired their volleys.
This book is an excellent preparation for reading the BAb's own Writings, The Dawn-Breakers and the works of Shoghi Effendi on the subject. It also describes the geographical and historical setting of the 'Episode of the BAb'.