How to Crowdfund Your Film: Tips and Strategies for Filmmakers (Paperback) 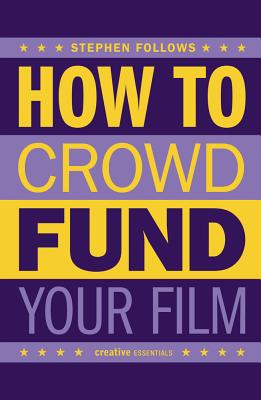 How to Crowdfund Your Film: Tips and Strategies for Filmmakers (Paperback)


Special Order—Subject to Availability
Crowdfunding is a major source of funding for independent films and over $250 million has been raised for films on Kickstarter alone. This book will guide you through every stage of planning, creating and running your film crowdfunding campaign. This book is based on extensive data research and interviews which include data research on over 50,000 film crowdfunding campaigns, interviews with over 50 filmmakers who have run crowdfunding campaigns, and interviews with some of the top people at major crowdfunding platforms and services.
Stephen Follows is a writer, producer and storytelling consultant. His work has been featured in outlets such as the New York Times, Times, Telegraph and Guardian, and he has taught at the National Film and Television School, Met Film School, NYU and Filmbase. He has won the Virgin Media Shorts, the Reed Film Competition and ICVA Awards, and been nominated at the British Independent Film Awards, Viral Video Awards, and LA Movie Awards. His production company Catsnake is located in Ealing Studios.
"Stephen drills down on data to discover truths about the film industry. Totally worth a read." —Ted Hope, Head of Production, Amazon Original Movies

"Stephen's research is brilliant. No-one is doing data-driven analysis of the film industry quite like Stephen Follows. His detailed research and reporting about the film industry is unique and invaluable." —Jonathan Wolf, managing director, American Film Market