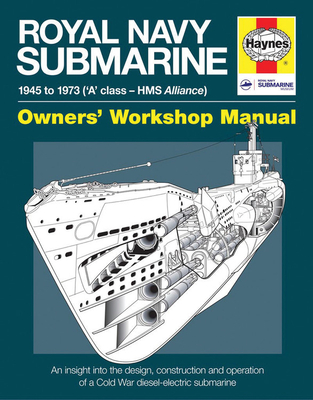 Launched in 1945 and commissioned two years later, submarine HMS Alliance was built for service with the Royal Navy in the Far East. Alliancehad a long and distinguished career of more than 28 years that took her all over the world. Today, Alliance is the centrepiece at the Royal Navy Submarine Museum, Gosport, where the submarine experience is brought to life by tours around the boat. Former submariner and historian Peter Goodwin gives Alliance the Haynes Manual treatment, examining in detail her construction and restoration, and describing what it was like to live, work and go to war in a submarine.

Peter Goodwin was a marine engineer in the Royal Navy in both surface ships and nuclear submarines until 1991, when he was appointed the first Keeper and Curator of HMS Victory. He has a life-long interest in 18th century ship construction and is widely acknowledged as a leading authority on the sailing man-of-war. In this capacity he was the advisor for the film Master and Commander and the BBCTV series Persuasion.