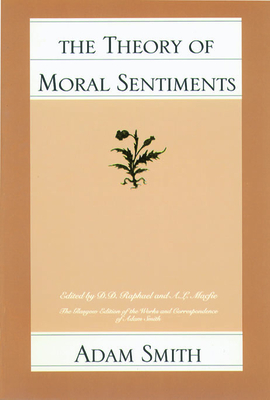 The Theory of Moral Sentiments, Smith's first and in his own mind most important work, outlines his view of proper conduct and the institutions and sentiments that make men virtuous. Here he develops his doctrine of the impartial spectator, whose hypothetical disinterested judgment we must use to distinguish right from wrong in any given situation. We by nature pursue our self-interest, according to Smith. This makes independence or self-command an instinctive good, and neutral rules as difficult to craft as they are necessary. But society is not held together merely by neutral rules; it is held together by sympathy. Smith argues that we naturally share the emotions and to a certain extent the physical sensations we witness in others. Sharing the sensations of our fellows, we seek to maximize their pleasures and minimize their pains so that we may share in their joys and enjoy their expressions of affection and approval.