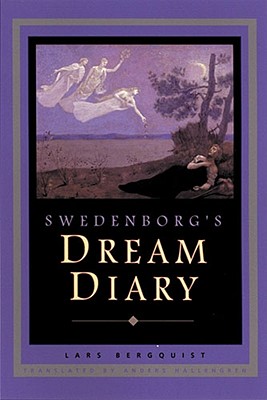 Swedish man of letters Lars Bergquist explains the often enigmatic but always fascinating dream journal kept by Emanuel Swedenborg from 1743 to 1744. A scientist, Swedenborg meticulously recorded his dreams and visions, adding interpretations that foreshadowed modern dream analysis. After an Easter vision in 1745, Swedenborg abandoned his scientific studies and dedicated his life to studying the inner meaning of Sacred Scripture. In his diary, he reveals his daily life and the reflections that are a key to understanding his later spiritual works.

Lars Bergquist is an acclaimed Swedish novelist, essayist, and translator. Among his works published in Swedish are Per Brahes undergang och bargning, Isvandring med Nordenskiold, and Den heliga pyramiden.  He has also translated into Swedish the poetry of the French poet Rene Char, Chinese Tang poetry, and novels by the Italian Leonardo Sciascia. In addition to Swedenborgs Dreambok, which was published in Sweden in 1988, Mr. Bergquist has written a major biography of Swedenborg, Swedenborgs heimlighet Om Ordets betydelse, anglarnas liv och tjansten hos Gud, published by Natur och Kultur in 1999.

Mr. Bergquist also served in the Swedish Ministry of Foreign Affairs from 1960 until his retirement in 1993. During his time in the diplomatic service, he was the Swedish ambassador to China and Italy and held posts in Paris, Moscow, Warsaw, and London.