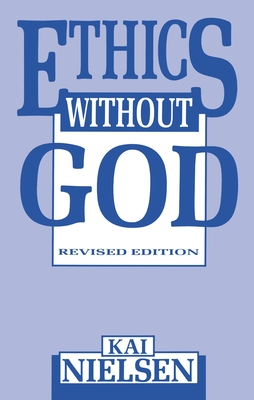 
Special Order—Subject to Availability
Nielsen argues that morality cannot be based on religion, and that there is no evidence to show that nonbelievers despair or lose their sense of identity and purpose. He shows that the implications of Christian absolutism are more likely to be monstrous than are those of a secular ethic that incorporates an independent principle of justice.
Kai Nielsen is professor emeritus of philosophy at the University of Calgary and the author of thirty-two books and more than four hundred articles. His works include Atheism and Philosophy, Does God Exist? (with J. P. Moreland), Ethics without God, Exploitation, Globalization and Justice, Naturalism and Religion, Naturalism without Foundations, and Why Be Moral?