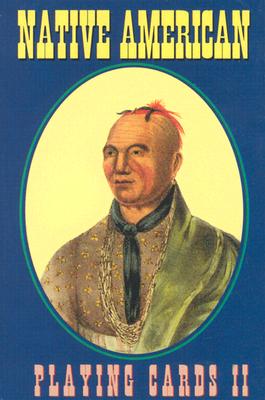 By U S Games Systems (Manufactured by)


Special Order—Subject to Availability
(This book cannot be returned.)
Illustrations taken from History of the Indian Tribes of North Americaby Thomas L. McKenney and James Hall. Additional Illustrations by Virginijus PoshkusThe official beginning of this collection was made during the administration of Secretary John Calhoun and continued when James Barbour became Secretary of War in 1825.During this time many tribes of the North American Indians sent delegates of their headmen, or chiefs to Washington, D.C. for business transactions with the War Department. Colonel Thomas L. McKenney of the Bureau of Indian Affairs suggested these portraits be done to preserve the likeness of the most distinguished among this most extraordinary race of people. He felt this race was about to become extinct, and that these portraits would be of interest in years to come.Many of the portraits were painted by Charles Bird King as early as 1821. Additional portraits were painted by John Otto Lewis, S.M. Charles, G. Cooke, A. Ford, Shaw, and J.M. Stanley.