Power of the Blood (Paperback) 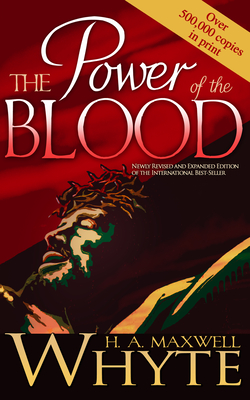 Power of the Blood (Paperback)

By H. A. Maxwell Whyte


Not On Our Shelves—Ships in 1-5 Days
A Mighty Weapon of Spiritual Warfare
You know that "there's power in the blood," just like the old hymn says--but are you actually experiencing that power in your daily life? Join H. A. Maxwell Whyte in this revealing exploration of the blessings to be found in Christ's blood. As you delve deep into this newly revised and expanded version of Whyte's classic best seller, you will find out how to... Astounding results can take place in your life once you learn the value of this vital yet little-wielded weapon in the believer's arsenal and how God wants us to use it in coping with life's difficult situations. Discover the wonder-working power of the blood for yourself

H. A. Maxwell Whyte (1908-1988) embarked on a journey in ministry that was fraught with uncertainty and an absence of familiar landmarks when he was sovereignly led by the Holy Spirit into an understanding of demonic activity and spiritual warfare. As is often the case with pioneers, he was misunderstood, ridiculed, and ostracized by the Christian community, even in his own city of Toronto. Despite great opposition, he forged ahead in the battle against the forces of Satan, convinced that the ministry of deliverance was scripturally based and was being restored to the church in his day. Later, he began to record his experiences, and over the next two and a half decades, he authored eighteen books. His first book, The Power of the Blood, has been translated into several languages and is widely distributed throughout the world, selling over half a million copies internationally.