Visions Beyond the Veil (Paperback) 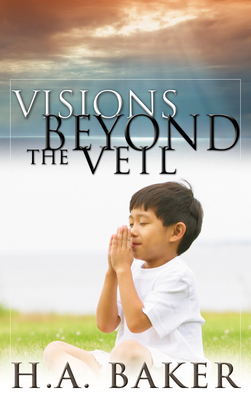 Visions Beyond the Veil (Paperback)


Not On Our Shelves—Ships in 1-5 Days
Beggars...Outcasts...Homeless
Such were the forgotten, uneducated children in China when the Spirit of God fell upon their humble orphanage, the Adullam Home. The boys spent days in powerful meetings, praying and praising God. Under the anoint.
H. A. Baker (1882-1971) and his wife, Josephine, were missionaries to Tibet from 1911 to 1919 before returning to their home in America for several years, believing their missionary days were over, due to sickness. But God soon called them to China, to the southwest corner of the Yunnan province. There they settled in a little town called Kotchiu that was home to brigand robbers and said to be the worst town in all of China. In the midst of sinful surroundings, the Bakers let God's light shine out. The Bakers soon became conscious of the many beggar boys who were starving and dying in the streets. They decided to open the Adullam Home, providing a shelter for these poor homeless children. There were forty boys in the home when a great miracle took place and God outpoured His Spirit, revealing the secrets of heaven, hell, and spiritual beings to the orphans. H. A. Baker wrote of these events in his classic book Visions Beyond the Veil.