The Prophets and Our Times (Paperback) 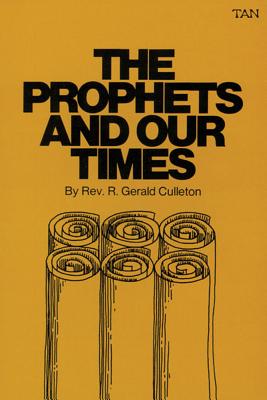 The Prophets and Our Times (Paperback)


Not On Our Shelves—Ships in 1-5 Days
Old Testament and New Testament prophecies, plus (and mainly) prophecies from Saints and holy people regarding the End-of-Time era. This book contains more prophecies than other books regarding the end times, and while the author demonstrated World War II as the fulfillment of some of these prophecies, it is obvious they are yet to be fulfilled. The great strength of this book consists in the greater number of prophecies cited; it is the ultimate source book for writers on the Apocalypse. 251 pgs; PB.
The Rev. Father R. Gerard Culleton was a priest and author of the twentieth century. His The Reign of Antichrist serves as a definitive sourcebook on the titular topic of the Antichrist, containing many prophesies and covering both biblical and saintly aspects. Father Culleton's work was originally published in 1951 by the Academy Duplicating Service, California. It was also printed by TAN in 1974.