Saint Philip Neri: Apostle of Rome and Founder of the Congregation of the Oratory (Paperback) 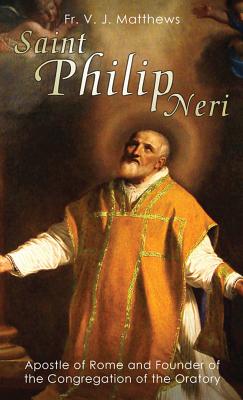 Saint Philip Neri: Apostle of Rome and Founder of the Congregation of the Oratory (Paperback)


Not On Our Shelves—Ships in 1-5 Days
\Rome is to be your Indies, \ prophesied a saintly monk to St. Philip Neri. So, he moved to Rome, became a priest and proceeded to sanctify that city, and thus the world. He had a tremendous sense of humor, he worked countless miracles and advised everyone from beggars to Popes. Founder of the Oratory, the inspiration of Saints and everyone. For sanctifying Rome, the Church owes him--even to our own time--a debt of unimaginable magnitude. 144 pgs, PB.
The Rev. Father V. J. Matthews was a priest and author of the twentieth century. A member of the London Oratory, his brief biography of Saint Philip Neri: Apostle of Rome and Founder of the Congregation of the Oratory was originally published in 1934 by Burns Oates and Washbourne Limited, London. Father Matthews\' work was also printed by TAN in 2010 with the Nihil Obstat and Imprimatur.