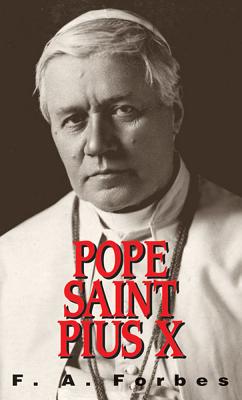 
Special Order—Subject to Availability
A fast-paced, fascinating life. From poor peasant to Pope. He condemned Modernism, allowed Communion at seven, reformed Church music.
Mother Frances Alice Monica Forbes, also known as F.A. Forbes, was born in 1869 into a Presbyterian family. She converted to Catholicism in 1900, and entered the Society of the Sacred Heart as a postulant when she was thirty-one. She was a strong-willed and intelligent woman, and used both these gifts to generously make the sacrifices that the Lord wished of her daily. F.A. Forbes authored a considerable amount of books based on the saints, including St. John Bosco: Friend of Youth, St. Monica, St. Catherine of Sienna, St. Benedict, and The Gripfast Series of English Readers. She died in 1936.