Fundamentals of the Faith: Essays in Christian Apologetics (Paperback) 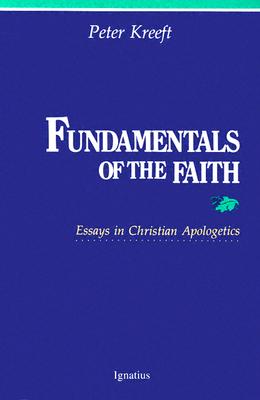 Fundamentals of the Faith: Essays in Christian Apologetics (Paperback)


Not On Our Shelves—Ships in 1-5 Days
Kreeft considers all the fundamental elements of Christianity and Catholicism, explaining, defending and showing their relevance to our life and the world's yearnings. Here is a book to help you understand your faith more fully and to explain it to others more winningly.

These essays were written for Catholics by a Catholic. But I believe that nearly everything I say here will be found by the orthodox Biblical Protestant reader to be his faith as well: That solid and substantial core that C.S. Lewis called mere Christianity
�Peter Kreeft

Peter Kreeft, Ph.D., Professor of Philosophy at Boston College, is one of the most respected and prolific Christian authors of our time. His many bestselling books cover a vast array of topics in spirituality, theology, and philosophy. They include Wisdom from the Psalms, Practical Theology, Doors in the Walls of the World, How to Be Holy, Because God Is Real, You Can Understand the Bible, Angels and Demons, Heaven: The Heart's Deepest Longing, and Summa of the Summa.