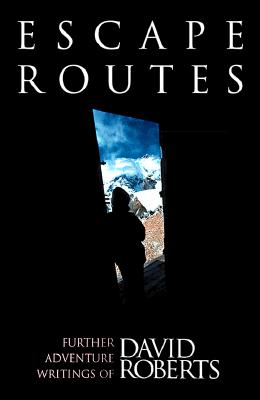 By David Roberts (Foreword by)

* Roberts' articles have appeared in national magazines such as Outside, The Smithsonian, and Men's Journal
* Features tales of other mountaineering legends, including Jeff Lowe, Ed Viesturs, and Jon Krakauer In Escape Routes, celebrated alpinist and writer David Roberts travels to the ends of the earth and back to answer the question, Have I kept my life adventurous? From caving in the unknown labyrinths of New Mexico and tracking Jeff Lowe on a new route on the Eiger; from rafting down an uncharted river in Ethiopia to exploring the cliff dwellings of the mysterious Anasazi-Roberts doesn't just write about these adventures, he lives them. From an acclaimed storyteller known for candor and a keen eye, Escape Routes will renew your sense of wonder at the world. In his foreword, climber and writer Jon Krakauer talks about his friendship with Roberts and adventures yet to come.