Mapping the Wilderness: The Story of David Thompson (Stories of Canada #9) (Hardcover) 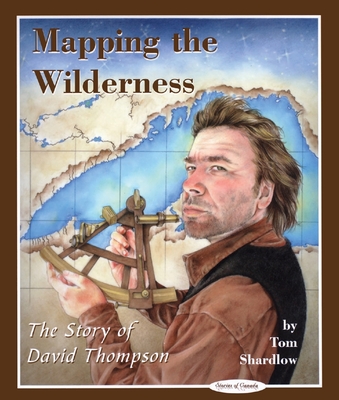 Mapping the Wilderness: The Story of David Thompson (Stories of Canada #9) (Hardcover)

David Thompsons story is one of the great tales of North American adventure. His life was a mixture of truth and legend, but he was without a doubt one of the greatest surveyors and mapmakers of the North American continent. Raised in a charity school in London, England, and apprenticed to the Hudsons Bay Company as a teenager, he then travelled extensively, recording valuable navigational information. His life was one of adventure and hardship but also of incredible accomplishment.

Tom Shardlow is a Research Biologist with more than thirty articles contributed to international scientific and technical journals. His diverse writing, ranges from poetry and prize winning short fiction published in literary magazines to book reviews for Quill and Quire and Canadian Geographic. His creative drawings and photographs, often appear as feature articles in magazines and in newspapers.