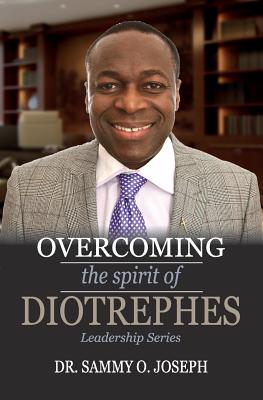 Whether you're a follower or a leader - particularly a christian leader, this is a book you would love to read "Overcoming the spirit of DIOTREPHES" has masterfully contrasted the character-traits of Diotrephes with those of his Godly associates - Gaius and Demetrius - and that of The Elder, indwelt by the Spirit of Truth.

Diotrephes had been a fleshly christian leader: Mean-spirited, proud, brash, lustful, manipulative and thunderous, to say the least He was the perfect epitome of abuse of spiritual office; a leader you rather would prefer to not meet, neither deal with

"I know you must have met or crossed paths - at a time or another, with a character the like of Diotrephes who had occupied a high seat of power and influence. But you had never actually been able to put a finger on the reason(s) why such a so-called, 'born-again', child of God could have acted so fleshly: Their bizarreness had left you in quite, a state of shock Well, this book has detailed all you needed to overcome the spirit of Diotrephes," writes Dr. Joseph.