An Introduction to Jainism (Paperback) 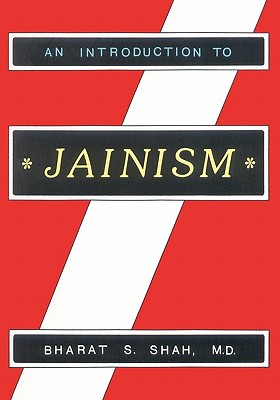 An Introduction to Jainism (Paperback)


Not On Our Shelves—Ships in 1-5 Days
(This book cannot be returned.)
Second U.S. edition of a highly acclaimed, simple introduction to Jainism, an ancient (more than 2600 years old) but currently relevant religion from India. Written in a clear and friendly style, full of explanations, and a gradual, stepwise presentation of its fundamental principles. For personal or classroom study. Equally interesting for non-Jains of either Indian, non-Indian, or Western origin, and for students and scholars of non-violence, vegetarianism, and ecology.
Bharat S. Shah is a medical doctor practicing in New York. He has been interested and actively involved in building bridges across cultures, religions, and languages. He has published several books for classroom teaching or for self-study of Asian Indian languages e.g., Gujarati, Sanskrit, English, and the Devanagari script (used for Hindi, Marathi, and Sanskrit languages). He has also published a simple, introductory text on Jainism, an ancient religion emphasizing extreme non-violence, respect for the environment, and social equality. Dr. Shah has been widely published in medical and lay media, and he has given several lectures, interviews, and crash courses on various alphabets. He has authored an autobiographical docu-novel based on his wife's liver transplant. He has been a secreatry and then the president of the Gujarati Literary Academy of North America. He enjoys presenting an extremely complex subject matter in a simple and humorous manner.