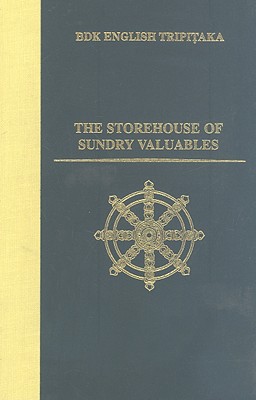 
Special Order—Subject to Availability
This sutra is a collection of in all 121 stories covering a time-span starting from the time of sakyamuni and his disciples and ending with King Kaniska of the second century A.D. Among the stories included, how the monk Nagasena caused King Milinda to embrace the Buddhist faith and King Kaniska's intimate relationship with Asvaghosa are especially famous. There are in addition to these a large number of other tales also thought to be based on historical facts, but from internal evidence, such as for example the appearance of King Kaniska, it is clear that this work was compiled after the second century A.D.