Cancer Can Be Cured! (Paperback) 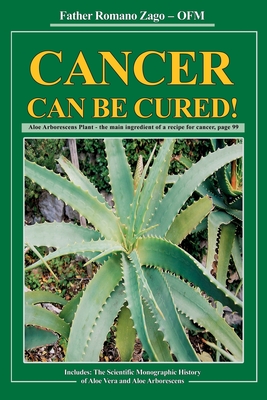 Cancer Can Be Cured! (Paperback)

Father Romano Zago, a Franciscan Friar and scholar, wrote the book Cancer Can Be Cured to reveal to the world an all natural Brazilian Recipe that contains the juice made from the whole leaf plant of Aloe Arborescens and honey that has been shown to rapidly restore the body's health so it heals itself of all types of cancer. The book tells how it was while administering to the poor in the shantytown of Rio Grande dol Sul, Brazil that he and the provincial Father Arno Reckziegel, witnessed the healing of simple people of cancer who used this recipe. Later, when he had assignments in Israel and Italy where this aloe species grows naturally he continued to see great success in the chronically ill being cured when he recommended they use this recipe. This inspired for him to spend the next 20 years in researching the science behind this aloe species and the publication of that research in this book along with his numerous first hand anecdotes of cancer healing by those using the Brazilian