Darius, Artaxerxes, and Ahasuerus in the Bible (Paperback) 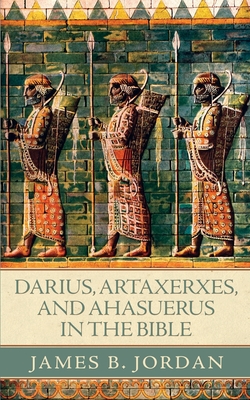 Darius, Artaxerxes, and Ahasuerus in the Bible (Paperback)

By James B. Jordan

In this study, James Jordan argues why the Persian kings named Darius, Ahasuerus, and Artaxerxes in the books of Ezra, Nehemiah, and Esther are one and the same. This is not a new understanding. Many recent commentators are so certain that Ahasuerus is the king the Greeks called Xerxes and that Artaxerxes is Artaxerxes Longimanus. James Jordan, however, demonstrates that the common identifications of these kings is problematic and that understanding their common identity sheds considerable light on our understanding of redemptive history.

Excerpt from Darius, Artaxerxes, and Ahasuerus in the Bible

"If my thesis is correct, then several things emerge. First, it becomes clear that there was no 'decree to rebuild Jerusalem' issued by Artaxerxes Longimanus, because that later Artaxerxes is not the Artaxerxes (Darius) of Nehemiah. Thus, the 'word' spoken of in Daniel 9:25 must be the decree of Cyrus. Second, it becomes clear that, just as Cyrus was a new David, so Darius is a new Solomon. It is Darius who builds the Temple, Darius-Artaxerxes who builds Jerusalem, and Darius-Ahasuerus who marries a Jewish bride and protects the Jewish people, which creates a broad analogy between the books of Esther and Song of Solomon. Third, assuming for a moment that Chronicles-Ezra-Nehemiah were designed as one book with one story, then the plan of that large book becomes clear: the progression from David to Solomon to his wayward successors is rehearsed as a typological foundation for the new historical progression from Cyrus to Darius to their wayward successors in both empire and land."