The Qur'an: A Contemporary Understanding (Paperback) 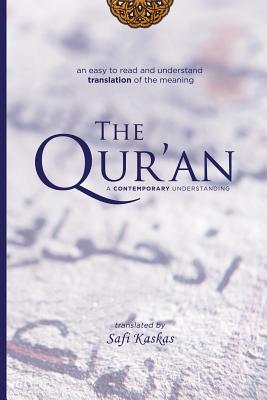 The Qur'an: A Contemporary Understanding (Paperback)


Not On Our Shelves—Ships in 1-5 Days
(This book cannot be returned.)
The translator believes that the Qur'an is the indirect speech of God, verbally revealed to Prophet Muhammadﷺ through the Archangel Gabriel(Holy Spirit). We regard it as the miracle given to Muhammad ﷺto prove his prophethood. It is also a book of guidance to humanity. As such, we assume it corresponds and parallels the universe which is also the words of God materializing all around us. In order to understand our world, we need to grasp the meaning of both, the words of God as the universe and His revealed words. The more we understand one, the better we understand the other. As such, we are called by the Qur'an to reflect on the basic universal laws as we can observe them in the world around us. The Qur'an as a book of revelations should not contradict the reality around us and should not contradict reason. Therefore, we assume that the best way to understand the Qur'an is through sound rational analysis. Hence, a new reading of the Qur'an based on the tools of knowledge available to us today should provide a better and deeper understanding beyond the existing traditional exegetical commentaries.