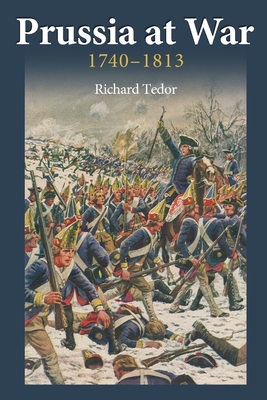 Prussia fought its way from vassal province to European Great Power thanks to prudent diplomacy, resolute leadership and an army unrivaled in discipline, training and tactics. Drawing from 18th and 19th-Century publications, eyewitness accounts, surviving military records and contemporary studies, Prussia at War traces the evolution of the nation from its rise under Grand Elector Friedrich Wilhelm to the wars against Napoleon over 150 years later. The battles of Rossbach, Leuthen, Jena, Auerstedt, Eylau and Leipzig, together with the defense of Prussian fortresses in 1806/07, bear witness to the courage, prowess and tenacity of the Prussian soldier in combat and the crucial influence of command on the outcome of engagements. Within the kingdom, reformers waged a persistent struggle against absolutism, aristocratic privilege and class distinctions to promote an enlightened society and create a citizen's army. Illuminating facts about the Prussian hierarchy round out this literary portrait of a renowned kingdom and the men and women who crafted it. 528 pages, illustrated.