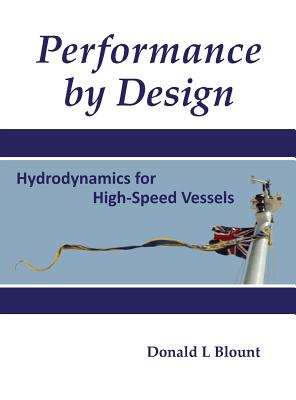 
Not On Our Shelves—Ships in 1-5 Days
(This book cannot be returned.)
Although the primary audience for this book is undergraduate university students studying naval architecture and marine engineering, the content will certainly be of interest to most designers working with high-speed craft. Author Donald L Blount says, "My intent has been to share the technical information, decision criteria, rules of thumb, and the opinionated experiences which have helped me in making choices for developing marine craft intended to operate beyond displacement speeds." According to Blount, Chapter One is a reprise of his article "Original Speed," (Professional BoatBuilder magazine, June/July 2008) followed by nine chapters of "science, my skewed views of science, a few things I don't understand, definitions of things on which no two naval architects will agree, design criteria which have been my friend, and guidance on design procedures embracing technology." This book also includes numerous graphs, charts, tables, and formulas to clarify the material in the text. He encourages you to personalize your copy with your own notes to make it even more valuable as a reference source and has included ample space for adding comments. ABOUT THE AUTHOR: Donald L Blount is the founder of Donald L. Blount and Associates, Inc. (Chesapeake, Virginia). During his 50-plus year career, he has designed numerous noteworthy -vessels including the 67.7 m (222 ft) Destriero, which holds the non-refueled Atlantic crossing -record, set in 1992 with an average speed of 53.1 knots earning the coveted Blue Ribband shown here. Registered as a professional engineer in two states, Blount is a fellow of both SNAME and RINA. He has served as Head of the Department of the U.S. Navy's Combatant Craft Engineering Department and also was employed at the David Taylor Model Basin. He has co-authored more than 50 papers and articles.