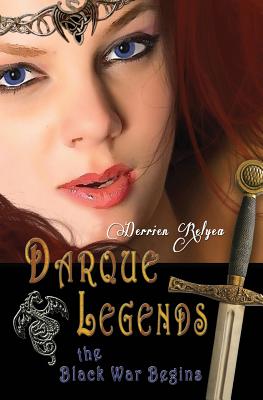 
Not On Our Shelves—Ships in 1-5 Days
I am Darque Aalanna Grifynn, more often known by my Battle Name, The Dragon. I am a member of the Warrior Brotherhood, the most elite fighting force in all of Kadoor, and the youngest ever to hold the rank of Second to the Battle Commander. The Warriors of the Dragon Clan have kept the peace since the Last Holocaust, which devastation was wrought by an evil Dragon known as The Black. All Races were affected, both Magic Bearing and Mankind, and those who did not die outright, suffered great hardships. To support their dwindling numbers some were forced to Retreat 'til the world healed. Having the shortest lifespan most of Mankind lost their memories of the other Races and relative peace has reigned for so long the Evil One was all but forgotten, even by the Magic Bearers themselves. Now the Hoard is once again gaining strength and we have uncovered disturbing evidence that The Black may have secured an alliance with King Shytin. To help in our efforts, the Highland Dragons came out of seclusion to bring forth their most ancient Magic. This we used to create the LifeBond 'tween Warrior and Dragon and together we defend our people and our world. But we are greatly outnumbered and 'twould be suicide to openly oppose the King. With so many living in blissful ignorance of the return of The Black, we must convince them to join the Resistance. We did not seek this War, 'twas thrust upon us, but failure is not an option. The Dragon Clan must adapt or lose to The Evil One. 'Tis my destiny and I embrace it. I will not, cannot allow us to lose, for this time 'twill be our total annihilation.