Each One Must Shine: The Educational Legacy of V.A. Sukhomlinsky (Paperback) 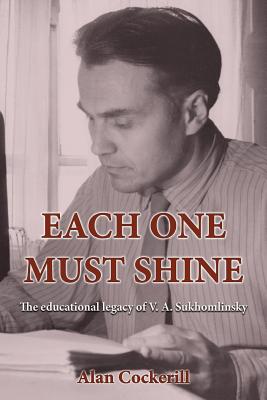 Each One Must Shine: The Educational Legacy of V.A. Sukhomlinsky (Paperback)

Each One Must Shine is an account of the life and work of Vasily Sukhomlinsky (1918-1970), one of the most influential educators of the twentieth century. Sukhomlinsky's writings inspired millions of Soviet school teachers, and continue to inspire educators in Russia, Ukraine, and China, where he is one of the most influential foreign educators. Sukhomlinsky's idealistic vision of human development and his deep love for children led him to develop a holistic system of education that emphasised the moral and aesthetic dimensions of a child's development as well as the physical, intellectual and vocational. He was the principal of a rural school in Pavlysh, in central Ukraine, for twenty-two years, and wrote about his experience in numerous books and articles. His school was visited by thousands of educators from the length and breadth of the Soviet Union and beyond, and his books have been read by millions. Each One Must Shine is the first major study to present Sukhomlinsky's legacy to an English-speaking audience. It is addressed to parents and educators, as well as specialists in the field.