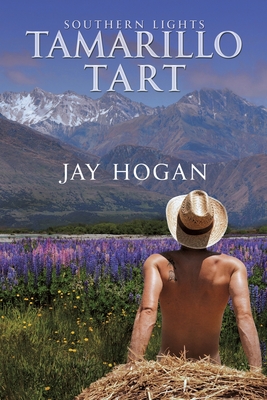 
Not On Our Shelves—Ships in 1-5 Days
(This book cannot be returned.)
CASSIDY MARTIN is a country boy through and through. He loves his horses, his Lord of the Rings tourist business, and his isolated paradise at the foot of New Zealand's Southern Alps. Not that everyone appreciates the seclusion he craves. Take his ex-wife for example.
The sexy-as-hell guy on his latest tour might be whip-smart and push all of Cass's buttons, but he's about as country as a pair of Louboutins, and Cass has been there and done that. Broken heart with the T-shirt.
STEFAN HAMILTON doesn't do 'outdoorsy', he's a city boy, born and bred. The closest Stef gets to the country is 'Cowboy Night' at his favourite Auckland gay bar even if the music makes Stef want to rip his hair out by the roots.
But Stef is also a hardcore Lord of the Rings fanboy. So, when he gets the chance to go on a horse trek to the iconic film locations in the Southern Alps, he sucks up his fear of the gigantic animals and his allergy to camping for the chance to let his nerd flag fly. But when his mate pulls out at the last minute, Stef is left to negotiate the horses, the wrath of mother nature, and an inconvenient crush on the cowboy leading the tour.
City meets country and the sparks fly.