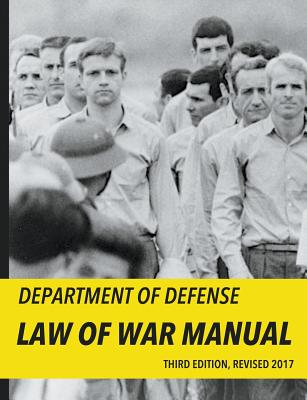 By Office of Gen Counse Dep't of Defense

The Department of Defense Law of War Manual belongs on the shelf of every researcher, journalist, lawyer, historian, and individual interested in foreign affairs, international law, human rights, or national security. The Manual provides a comprehensive, authoritative interpretation of the law of war for the U.S. Department of Defense. The Manual encompasses not only traditional law of war topics, such as land and naval warfare and the treatment of prisoners of war, but also more recent and controversial developments, such as the law governing detention at Guantanamo Bay and the law of cyber warfare.

The Manual was originally issued in electronic format by the Department of Defense Office of General Counsel in June 2015 and substantively revised and updated in May 2016 and publicly released in July 2016 and again revised and publicly released in December 2016. This paperback print edition is designed with the researcher, practitioner, and student in mind. It contains the full text of the current Manual reformatted for print publication with a handy thumb index keyed to the back cover for ease of locating relevant chapters and cross-references. Published in soft cover - allowing it to lie flat for continuous reference - and in perfect "manual" size, the Department of Defense Law of War Manual is ready for the library, office, or the ruck sack.