The Crescent and the Compass: Islam, Freemasonry, Esotericism and Revolution in the Modern Age (Paperback) 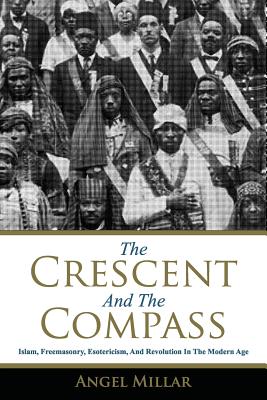 The Crescent and the Compass: Islam, Freemasonry, Esotericism and Revolution in the Modern Age (Paperback)

A timely survey of radical spirituality and political activism in Islam and the West
over the last century and a half, The Crescent And The Compass uncovers numerous
previously unknown and unexplored connections between European, American,
and Middle Eastern movements, organizations, secret societies, and thinkers.

Subjects covered include Sufism and Islamic Gnosticism; Muslim revolutionaries and
Freemasons; Rene Guenon, fringe Masonry, Traditionalism, and Islam; the early
history of the Shriners; the Ancient Order of Zuzimites; Charles, Prince of Wales and
Islamic spirituality; and militant anti-Freemasonry.