The Company of Apostolic Women: Their Stories In Their Own Words (Paperback) 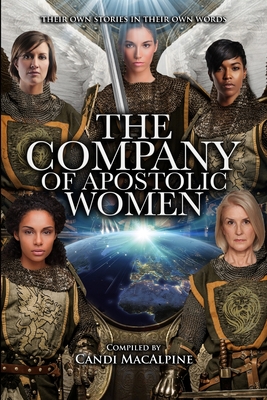 The Company of Apostolic Women: Their Stories In Their Own Words (Paperback)

By Candi MacAlpine (Compiled by)

Many women have had dreams, desires, and visions that seemed impossible to pursue. Why? Some thought restricted by their age, education, family, ethnicity, social standing, or in some cases a physical impairment.

This book contains the stories of women of every age, ethnicity, education, or lack thereof, and how they believed God for their dreams. Allow their faith-building stories to be the beginning of the fulfillment of your dreams and visions.

Dr. Candi MacAlpine has been in ministry for over 30 years and has met many women. Each woman who transparently shares her story in this book is Candi's friend. Their stories are filled with struggle, pain, disappointment, and failure. But they also contain stories of success, hope, and victory as the impossible became possible.

Candi, a new widow, is walking through a time of change. Don and she were married 55 years. Their two daughters and five grandchildren are the joy of her life. As the others who share their stories in this book, she has listened to the Lord's voice and followed the path He placed before her. She continues to follow God's lead and has no intention of stopping till she finishes her destiny in her generation.