The Lost Paratroopers of Normandy: A Story of Resistance, Courage, and Solidarity in a French Village (Hardcover) 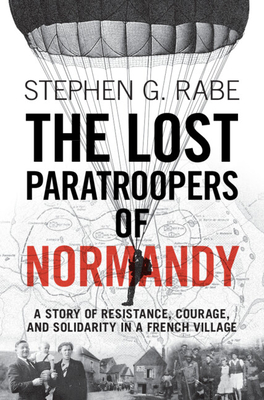 The Lost Paratroopers of Normandy: A Story of Resistance, Courage, and Solidarity in a French Village (Hardcover)


On Our Shelves Now at:
The fateful days and weeks surrounding 6 June 1944 have been extensively documented in histories of the Second World War, but less attention has been paid to the tremendous impact of these events on the populations nearby. The Lost Paratroopers of Normandy tells the inspiring yet heartbreaking story of ordinary people who did extraordinary things in defense of liberty and freedom. On D-Day, when transport planes dropped paratroopers from the 82nd and 101st Airborne Divisions hopelessly off-target into marshy waters in northwestern France, the 900 villagers of Graignes welcomed them with open arms. These villagers - predominantly women - provided food, gathered intelligence, and navigated the floods to retrieve the paratroopers' equipment at great risk to themselves. When the attack by German forces on 11 June forced the overwhelmed paratroopers to withdraw, many made it to safety thanks to the help and resistance of the villagers. In this moving book, historian Stephen G. Rabe, son of one of the paratroopers, meticulously documents the forgotten lives of those who participated in this integral part of D-Day history.